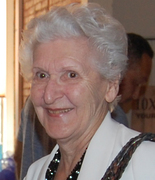 Children's Champion Retires from Board

Sabath retired from the LCCAA Board of Directors earlier this fall after 10 years of service, including chairing the Head Start Committee. She knew the program well.

“Having board members who push in, stand up, speak out, fall graciously into supporting roles and celebrate the contributions of their peers is a gift,” said President and CEO Jackie Boehnlein. “Nancy was all of that while making it look effortless.”

Sabath’s career included several years working in LCCAA’s Head Start program in the 1990s. She served as the Early Childhood Services Coordinator from 1994 to 1997. She was Executive Director of the Oberlin Early Childhood Center from 1998 to 2006. From 2007 to approximately 2019, she was a preschool licensing coordinator with the Ohio Department of Education. She was appointed to the LCCAA board in October 2012.

“Words cannot express my appreciation for all Nancy has done for us,” said Head Start Director Shauna Matelski. “She has been a champion for young children and an advocate for the Head Start program for over three decades.”

“She probably doesn’t hear it often enough, but Nancy is a very special person,” Boehnlein added.

“Thank you Nancy, for your steadfast leadership,” Matelski said. “You will be sorely missed.”