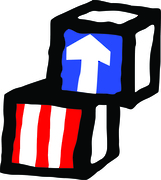 posted 3/12/20 -- Two LCCAA Head Start teachers completed their bachelor’s degrees at the end of 2019, demonstrating once again the culture of lifelong learning within the program.

Christina Villar, a bilingual teacher at Griswold Head Start, earned her bachelor’s degree in education from the University of Cincinnati. Villar teaches in the center’s only bilingual classroom, often speaking Spanish to students and their families.

She completed her degree with the help of an Early Ohio College scholarship and regularly made the Dean’s List, she said. Villar, who has two young children, said the process of working toward her degree even helped her son develop good study habits.

“Going back to school has helped my family see the importance of staying in school,” she said.

Barajas earned her degree while juggling both her full-time teaching job and a part-time job cooking at the VFW in North Olmstead. She completed her associate’s degree at Lorain County Community College as she joined LCCAA Head Start in 2012 and said she decided to keep going to keep up with her son who was attending Kent State University.

“I wanted to show my children that school could be a possibility at any stage of life if they wanted it badly enough,” she said.

“These two teachers are among the many lifelong learners in our Head Start program,” said Education and Disabilities Specialist Jennifer Bartlebaugh. “LCCAA Head Start proudly supports them as they work to further their education and we couldn’t be happier for their success.”

Both teachers praised their families and many supportive friends who cheered them on throughout the difficult process.

“They believed in me even when I didn’t believe in myself,” Barajas said.